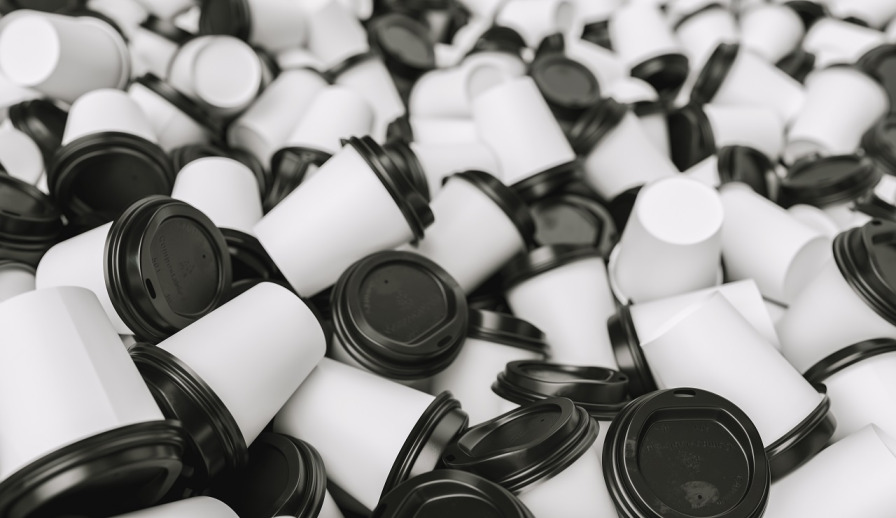 A company that is working on innovative ways to recycle takeaway coffee cups has won an entrepreneurs' award. Carbogenics, based at Edinburgh University, is looking at ways to reuse the cups that can be hard to recycle because they have a plastic lining. The company already uses an established technique to turn the cups into a range of new products.

The technique, called pyrolysis, involves heating the cups to very high temperatures in the absence of oxygen. They can then be broken down into gas and bio-oil which can be used to produce energy. The process also leaves behind a carbon-rich solid, known as CreChar which can be used as fertiliser.

As a result, the company has won the Converge Challenge, an initiative set up to help and recognise the good work that is being done by some of Scotland's new entrepreneurs.

Carbogenics say the technique could be applied to similar types of products. It says that the carbon bit of the cups and the plastic lining will be separated to produce fibre-rich material and a gas that can power the company’s plants.

The company is set to begin commercial testing of the technique and it hopes to have a demonstration production plant up set up in Edinburgh by next year.

A spokesperson from Converge Challenge said it was working with Scottish Universities to help make innovation and research a commercial reality. She added that they help universities identify what training they need, help them find markets for their processes, help them put a business plan together and secure investment in their innovations.

The TV chef Hugh Fearnley-Whittingstall highlighted how difficult it can be to recycle disposable cups in a documentary that was aired a few years ago. Most of the cups end up in landfill or in the incinerator because separating the paper and the plastic inner lining that makes them leakproof and heatproof can be problematic.