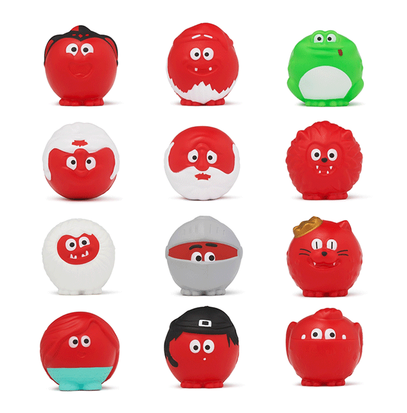 Comic Relief Red Noses ‘Set to be Plastic-Free by 2021’

Did you take part in this year’s Red Nose Day? Maybe you remember what a big thing is was to go to work, school, or indeed anywhere, sporting your red nose for a good cause. But the red nose as we know it might not be made from plastic in the future.

The first Red Nose Day was in 1988, and we thought nothing of handing over a donation to buy a red nose and look silly for charity. But we live in different times now, and many are calling the plastic red noses an unsustainable product which doesn’t belong in today’s world.

On the run up to every Red Nose Day, a new version of the red nose is released, and it’s usually only worn once, then discarded. Environmentalists have raised concerns about the impact that mass-producing single-use items has on the environment.

The concerns have seen some school banning the red noses, and online petitions have sprung up, calling for Comic Relief to stop producing and selling them completely.

A petition on change.org states that mass-produced single-use plastic has no place in today’s world, and adds that we need to find other ways to raise money for good causes.

Comic Relief will look at alternatives

However, it’s not all bad news for the charity. The head of the environmental group, ‘A Plastic Planet,’ said that the charity hopes to make the red noses plastic-free by 2021. She added that the noses are made a year in advance, so the planning was underway. She revealed that A Plastic Planet will be working with Comic Relief prior to the next Red Nose Day.

Comic Relief said it had met with A Plastic Planet and other organisations to look at alternative and more sustainable solutions for its future merchandise. The charity added that it recognises its responsibility to make sure that all of its campaign products which raise so much money for good causes are as environmentally friendly as possible.