The actor is a supporter of Dorset Wildlife Trust, one of 46 Wildlife Trusts working across the UK. With the help of volunteers, members, and supporters, it manages more than 42 nature reserves.  The goal is to protect wildlife and natural spaces, educate and inform people, and campaign for environmental laws and policies.

With the backing of high-profile supporters like Daniel Craig, the Trust:

Another cause close to Daniel Craig’s heart is the conservation of the rainforests. That’s why he’s an avid supporter of the Prince’s Rainforests Project.

Prince Charles saw evidence linking climate change to deforestation and the depletion of the rainforests. After many visits to see the devastation for himself, he set up the Prince’s Rainforests Project in late 2007.

The project’s aims are:

As well as having Daniel Craig on board, the project also has the backing of Harrison Ford and the Dalai Lama. The support of big names (and of course, the royal influence!) has helped the project:

The protection of rainforests and wildlife play an important part in the survival of the planet.  This is not just in the present, but for future generations too. Daniel Craig recognises that and uses the platform of his fame to lend his support. That’s what makes him a true green celebrity in our eyes.

Enjoyed this read? For more interesting articles, check out the rest of our blog.

NEXT →
Why It’s Important to Reduce, Reuse, Recycle 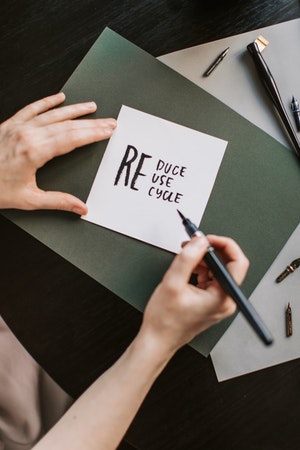