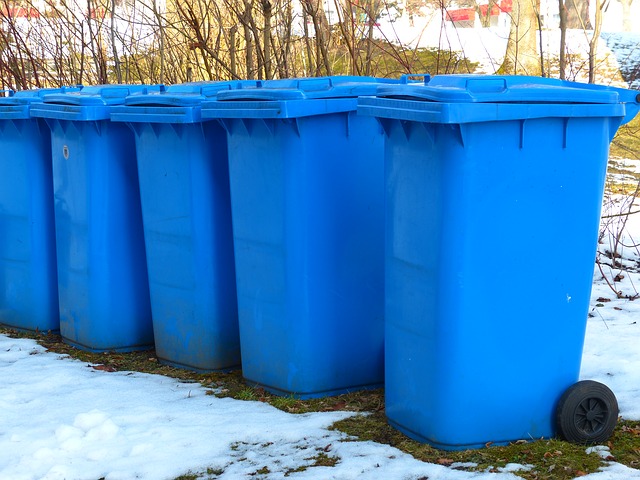 How Many Recycling Bins is Too Many?

While recycling definitely reduces waste and saves local authorities money when it’s done properly, do we need so many different bins and recycling containers?

Residents in South Ayrshire will have six bins per household as part of a new council waste policy. Some of the bins will only be collected every 6 weeks. The new recycling programme is being introduced in October and separate bins will be provided for:

Only 52.5% of household waste is currently recycled, and over 24,000 tonnes of waste per year ends up in landfill.

A spokesperson from the council said that sending waste to landfill is an expensive waste management option whereas recycling materials can actually earn them money.

Take the cost of recycling food waste for example. If food waste is seen as a resource, it can actually be used to generate an income, by turning it into biofuel.

The council are hoping that the more comprehensive recycling programme they are introducing will increase the quality of the recycling they collect, and that in turn, they can potentially earn more from that recycling.

A council waste department worker has been trialling the system at his home. He said he found that it forced him to separate the waste correctly at its source and that he found it easier to have smaller recycling bins in his home, so the materials could be transferred to the outside bins more easily.

Some residents have voiced concerns about the new system being confusing however, especially as the current system of four bins is already confusing.

The council hope to allay any concerns that the residents have and they’re sending out a chart to each household, explaining how the system will work and when each bin will be collected.

Regardless of the concerns, councils have to act.

The Scottish Government’s aim to ban food waste from going to landfill by 2021; the increasing cost of sending waste to landfill, and the financial rewards of recycling more are all considerations for local authorities when they decide how they are going to recycle and manage their waste.