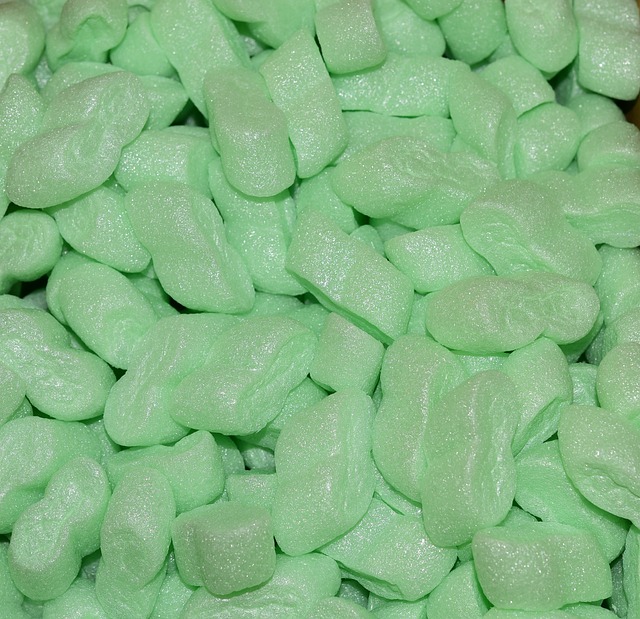 The council has joined forces with the packaging company Styropack to provide the service to residents, who are often left perplexed about whether they can recycle the notoriously hard to recycle material.

If the trial is a success, the council will look to make the initiative a longer-term thing. So far, the signs are good. Styropack says that in just a few days, enough polystyrene was collected to fill a small van.

Once the material is collected, it’s ground down and reused in Styropack packaging that is used for items like white goods, meat, and other produce.

There are now designated bins at the three recycling centres which are in Banchory, Portlethen, and Stonehaven. Currently, the recycling centres only accept Expanded Polystyrene (EPS). If you’re confused about what this is, it’s the kind you find in the box when you buy a TV set or an appliance like a washing machine. It also includes those little polystyrene balls that seem to get everywhere! Unfortunately, polystyrene containers that are contaminated with food, takeaway packaging, and Styrofoam cups are not currently accepted.

The polystyrene trial, as well as a one-year trial scheme to recycle rigid plastics, is part of a wider recycling and waste management strategy put together by the council in a bid to improve recycling rates. The council moved to three-weekly residual collections last year which it hoped would encourage more people to recycle.

So what’s the deal with polystyrene?

Polystyrene is a plastic that is used in everything from takeaway boxes and coffee cups, to the packaging that protects our goods for shipping.

It’s derived from styrene which is a liquid hydrocarbon. When it’s heated, styrene molecules link together and the result is a solid polymer material. In the 1940’s, a scientist invented polystyrene foam, which you may know as Styrofoam, and this was first use to make life rafts. Then along came Expanded Polystyrene, which you’ll be very familiar with if you’ve ever drank from a takeaway coffee cup or purchased an appliance.

It’s mostly air and because of this, it’s an excellent insulator. This is what makes it good for holding your coffee without you getting third degree burns. It’s lightweight, versatile, and resistant to heat, so that’s why it’s so widely used as packing material and to serve food.

But as with most plastics, the very qualities that make it so useful are also what make it a nightmare to recycle. Because it’s so light, if you leave it on the kerbside it will most likely blow away. Because it’s an ideal material for takeaway food packaging, it is often contaminated and has to be thrown away regardless.

Can it actually be recycled?

Yes. About 100 tonnes of expanded polystyrene is recycling every month in the UK, but it’s a bit of a postcode lottery. Not all councils accept it for recycling, mainly because it’s hard to collect and they don’t have the infrastructure or machinery to process it.

What should I do with polystyrene if it’s not accepted for recycling in my area?

If your council doesn’t accept polystyrene for recycling (always check their website for information and advice), the only options are to put it in your waste bin, try to avoid buying anything that is packaged in polystyrene in the first place, or if that fails, you can actually reuse it. Here’s how.

Obviously, we’re not talking about the greasy box that housed last night’s burger here, we’re talking about the polystyrene that’s used for packaging that comes in blocks or peanuts. Rather than ending up in landfill, it can actually be put to good use.

Yes, really! Just mix some polystyrene with orange rind oil which breaks the material down and leaves behind a sticky resin that doubles as a powerful glue.

Use it to make raised beds

Those moulded polystyrene blocks that were protecting your new plasma screen TV can be used to make raised beds for your garden plants. All you need to do is carve some drainage holes and you’re all set.

Make the most of rainy days indoors by using polystyrene in arts and crafts. Use polystyrene blocks to make a model house, train, or anything else that their imaginations can come up with.