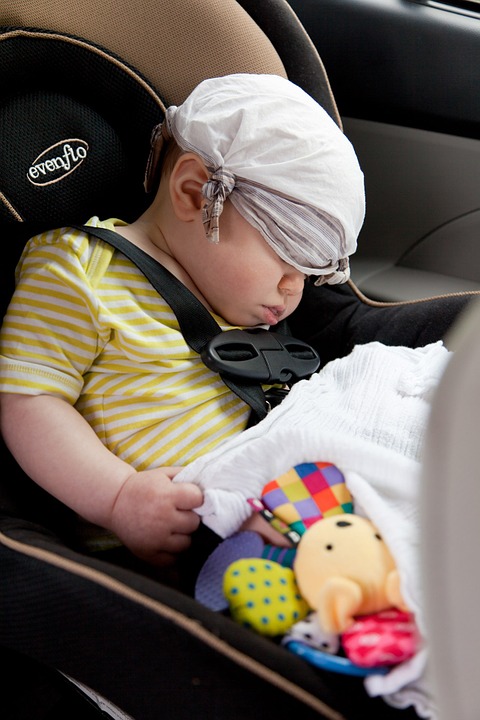 When you think of things that are hard or impossible to recycle, what springs to mind; is it clingfilm, ready meal trays, or crisp packets? But what about child car seats?

If you have children, you’re legally obliged to use them, but they’re very hard to recycle, and that means there are potentially millions of car seats that will end up in landfill or the incinerator.

The law on child car seats

The law states that you should use an approved child car seat until your child is 12 years old or 135cm tall, whichever comes first. That means that the average family will go through a few car seats as their child grows, but what happens when the seats aren’t needed anymore?

The most difficult things to recycle are usually those made from a mixture of materials, and child car seats are no exception. They are made from rigid plastic, metal, and fabric, and they obviously need to be tough enough to withstand potential impacts from bumps and crashes, so they are not easy to dismantle into their separate components.

What should you do with your old child car seats?

The answer is that it depends on where you live and what recycling facilities are available to your local council. In some areas, the seat will end up in the incinerator, and while burning the waste will help produce energy, it’s not the best disposal method for the environment.

In other areas, cars seats end up in landfill sites, where they will take an age to decompose and release toxins into the soil and the air.

The best thing to do is to ring your local council to check what you should do with child car seats in your area.

Is there any way you can avoid sending them to landfill or the incinerator?

If you’re thinking about donating an old car seat to a charity shop or second-hand shop, it might prove to be a bit troublesome. They don’t tend to accept used child car seats simply because there is no way of guaranteeing how safe it is. Even if a car seat looks like it’s in good working order, there’s no way of knowing if there’s any unseen damage that could make it unsafe.

Also, when a child car seat comes straight out of the factory, they come with all of the safety information provided, namely instructions on how to fit a seat into your car. If this is not provided when you buy or sell a car seat second-hand, people might use it incorrectly and put a child at risk.

It’s not against the law to sell a car seat online or pass it onto a friend or family member, but it might be ill-advised for the reasons we’ve mentioned. Plus, many safety experts say that a child car seat should only be used for 6-10 years, so think about this before passing it on.

Will child car seats ever be made more recyclable?

Some companies have started to try and tackle this problem head-on. One such firm is a car seat design company called JDMA, which is based in Pershore in Worcestershire. They piloted a recycling scheme last year and took 30 used child car seats which were put into scrap cars and put through an industrial shredder. The seat components were separated into metals, plastics, and fabrics. The metals were sold and reused, the plastics were converted into pellets for use in manufacturing, and the fabrics were incinerated to produce energy.

Unfortunately, an attempted wider rollout of the recycling scheme has hit a snag. The company approach some big players in the industry and asked them to back the scheme, but the feedback has been that many of the big brands don’t believe that recycling the seats is commercially viable. It will cost money for a company to introduce changes to how they recycle, and if companies aren’t willing to cough up, recycling the seats is not attractive to recycling companies either.

What will break the deadlock?

Industry experts think that there will only be real progress if the government changes the rules and requires all child car seats to be recyclable and recycled. This would mean that manufacturers and recycling companies would have to put clear plans in place and fit seats with recyclable parts so that they are easier to recycle when they are no longer needed.

The balance between recyclability and safety

The problem for manufacturers is that it has so far proven very difficult to come up with a seat that would be both fully recyclable and compliant with all of the necessary safety requirements.

Expanded polystyrene is one common component of child car seats and their packaging, and this is not currently widely recycled, though some companies are making an effort to phase it out and replace it with more durable and sustainable materials like Polypropylene.

Big retailers like John Lewis have weighed in and said that though their policy is to reduce waste and reuse things wherever it’s possible, it was not aware of any recycling facilities in the UK that accepted child car seats for recycling.

Look like yet another thing that needs to be added to the current government’s agenda.

stories recycling in the news headlines

Posted in News and How To Recycle