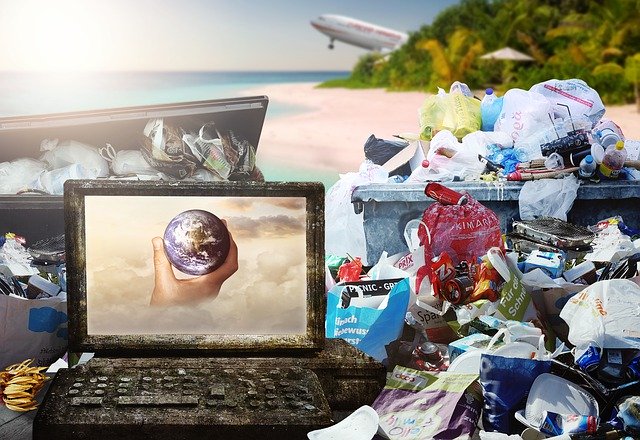 The sustainability and resources charity WRAP have pledged to tackle the issue of the lack of a recycling solution for plastic bags and plastic film.

The charity is calling for ‘urgent cross-sector’ action to develop a recycling system for soft flexible plastic packaging and warns that if something isn’t done, the industry may miss the UK Plastics Pact target of making all plastic packaging reusable, recyclable, or compostable by 2025.

A spokesperson for WRAP said that the main issue with recycling plastic film is that there aren’t really any feasible end markets for the material, and there are also other things to consider like how packaging is designed in the first place and what would have to happen for plastic film to be accepted in kerbside collections.

She added that the recycling rate for plastic film was only around 4% currently, but research has shown that if different plastics like polyethylene and polypropylene were blended together, this may open up some viable end markets for film.

The effects of the pandemic on plastic recycling

Many local authorities don’t accept plastic film for recycling, so most of it is collected at specific supermarket recycling banks.

The pandemic hasn’t helped matters either, many supermarket recycling banks have been removed, and supermarkets have been delivering groceries in plastic bags but not accepting them back for fear that they are contaminated.

WRAP has urged people to check whether their local supermarket recycling bank is open or not, and if their local council does not accept film for kerbside collection, to put it in their general waste bin, not their recycling bin.

WRAP’s plans are being backed by the government, and the recycling minister Rebecca Pow said that the government is bringing forward planned initiatives like extended producer responsibility and a tax on plastic packaging that doesn’t contain at least 30% recycled material.

The problem with plastic recycling

It’s almost impossible to avoid plastics in everyday life, and while plastic is a lightweight, cheap, and very versatile material, recycling some types of plastics can be very problematic.

Firstly, plastics are made using different processes, they have different melting points, different chemical compositions that give them certain characteristics, and sometimes dyes are added. All of this means that there are a lot of different types of plastics, some of which can’t be recycled.

Secondly, unlike materials like glass, the quality of plastic degrades every time it’s melted down to make a new product. This means that it’s inevitable that it will end up in landfill probably sooner rather than later.

Then there’s also the problem of sorting plastics. Mixed plastics are put in the recycling together, some can be recycled and some can’t, and this can make an entire load of plastic difficult or pretty much impossible to recycle. If they do make it to the recycling plant, plastics like plastic bags and plastic film can get tangled up and cause jams in the machinery, making recycling less productive and more expensive.

Plastics aren’t the enemy, they are very useful in many different areas of our lives. It’s the fact that so much plastic very easily becomes waste that’s causing a problem. So rather than focusing on recycling, maybe we should look at reducing our use of plastic in the first place.

How to reuse or recycle plastic film and carrier bags

As we mentioned earlier, if you can’t recycle plastic film at home, check whether your local supermarket accepts it at its collection points (some larger stores accept it alongside plastic carrier bags and bread bags).

Here are some ideas on how you can reuse plastic bags and save them from landfill.

recycling green wrap in the news