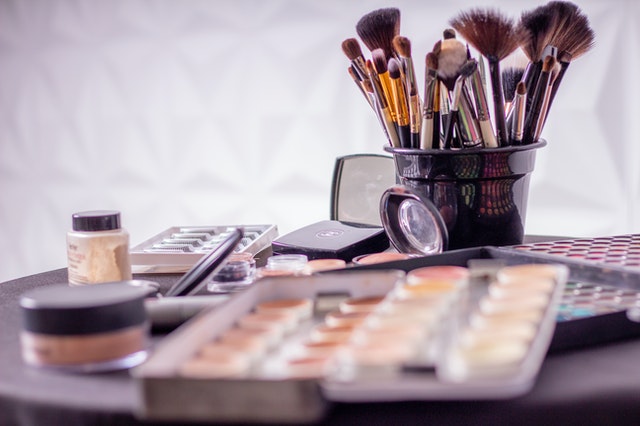 We all know that beauty is big business, but did you know that the cosmetics industry produces 120 billion units of packaging globally every single year, most of which is non-recyclable?

Many of us recycle our kitchen waste religiously, but what about the beauty products in your bathroom? You might have separate compartments in your kitchen bin for recycling and household waste, but does everything in your bathroom just get dumped in the one bin? If it does, the chances are it ends up in landfill.

Research carried out by the beauty giant Garnier found that 56% of people don’t recycle beauty products and a Maybelline survey of 1000 customers founds that nearly half of those who wore makeup had no idea that it was possible to recycle products.

The makeup giants trying to change all of that

But cosmetics company L’Oréal is trying to change all of that by introducing make-up recycling bins in 1,000 UK stores as part of its ‘Make-Up, Not Make Waste’ scheme. The cosmetics giant is teaming up with TerraCycle to make it easier for customers to recycle their beauty products which otherwise would have ended up in the bin and rotting away on landfill.

The recycling points will be installed in branches of Tesco, Boots, Sainsbury's, and Superdrug and customers will be able to find their nearest recycling point online. L’Oréal’s UK boss said it wanted to lead the way in encouraging customers to develop good beauty recycling habits.

What can be recycled?

Eyeshadow palettes, foundation and concealer tubes, mascara, eyeliner, and lip products will also be accepted, but make-up brushes, nail polish, and aerosols won’t be accepted. Nail polish bottles are made from glass, but the toxins in nail varnish formulas means they are not recyclable.

What will happen to the recycled products?

The products will be collected from the recycling points then they’ll be sorted, cleaned, and turned into plastic pellets to make new products like garden and street furniture.

What the environmentalists say

The environmental group Greenpeace says that recycling is not that answer to plastic pollution and voiced its frustration that the cosmetics industry as a whole has failed to commit to moving towards recyclable packaging and reducing single-plastic production.

Nevertheless, L’Oréal has pledged that 100% of its plastic packaging will be refillable, reusable, recyclable or compostable by 2025. It revealed this after admitting that last year, it’s global plastic production totalled 137,000 tonnes. The company has also set aside €50m for investment in recycling and plastic waste reduction projects.