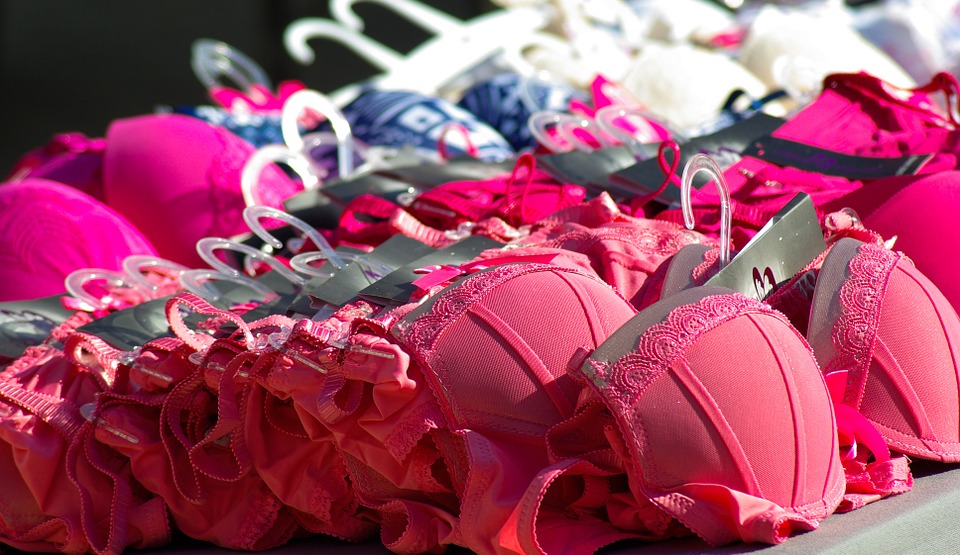 High Street Retailer M&S has launched a recycling campaign for bras and is encouraging customers to deposit their old undies in the in-store ‘Shwop boxes.’ The campaign is set to run until September and it aims to tackle the myth that old bras can’t be recycled. M&S is also running a campaign alongside it to encourage women to have proper fittings, which will result in less bras being thrown away for being ill-fitting.

M&S is the UK’s number one lingerie retailer, and with around 50,000 women having bra fittings in their stores each week, there are potentially thousands of bras that could be recycled. Staff carrying out the fittings will tell customers about the recycling scheme. The retailer will move its Shwop boxes to its in-store lingerie fitting rooms for the duration of the campaign.

The bras that are brought into its stores during this campaign will either be sold in Oxfam’s charity shops or sent to the charity’s recycling facility in Yorkshire. From there, the bras will be sent onto Oxfam’s social enterprise project in Senegal, Africa. They will be sold to local traders who sell them to people in need in their local communities.

Making a difference to people in need

A spokesperson for M&S said that it hopes that the campaign will encourage women to recycle their unwanted bras in-store and help make a difference to other women’s lives.

Oxfam say that many women have at least a few bras in their drawer that they don’t wear, and taking them to an M&S store can help make a difference. It saves them from landfill and it also raises money for people in need around the world.

M&S actually started its Shwopping scheme back in 2008. Since then, customers have been able to bring unwanted clothes back to its stores and they have been recycled via Oxfam.

Customers can Shwop any item of clothing, from any retailer, even if it’s not in good condition. Soft furnishings like bed linen, towels, cushions, curtains, throws, aprons, tablecloths and napkins are also accepted.

The importance of saving clothes from landfill

Around 1 billion items of clothing end up in landfill every single year. Landfill space is not infinite and neither are the planet’s resources, so we need to really think before we throw.

M&S aims to become the most sustainable major retailer

M&S’s environmental and ethical programme, Plan A, aims to make the retailer one of the most sustainable retailers by 2020. The programme includes plans to work with customers and its supply chain to tackle climate change, reduce waste, use sustainable materials, trade ethically, and encourage customers to live healthier lifestyles.

Customers can get rewards for Schwopping

As part of the Plan A programme, M&S aims to help customers recycle over 50 million items of clothing by 2020.

Customers can also get a reward when they Shwop; 50 points on their ‘Sparks’ reward card which they can spend on clothing and homeware in-store, and if they Shwop any items of M&S clothing, they get a £5 voucher to spend.