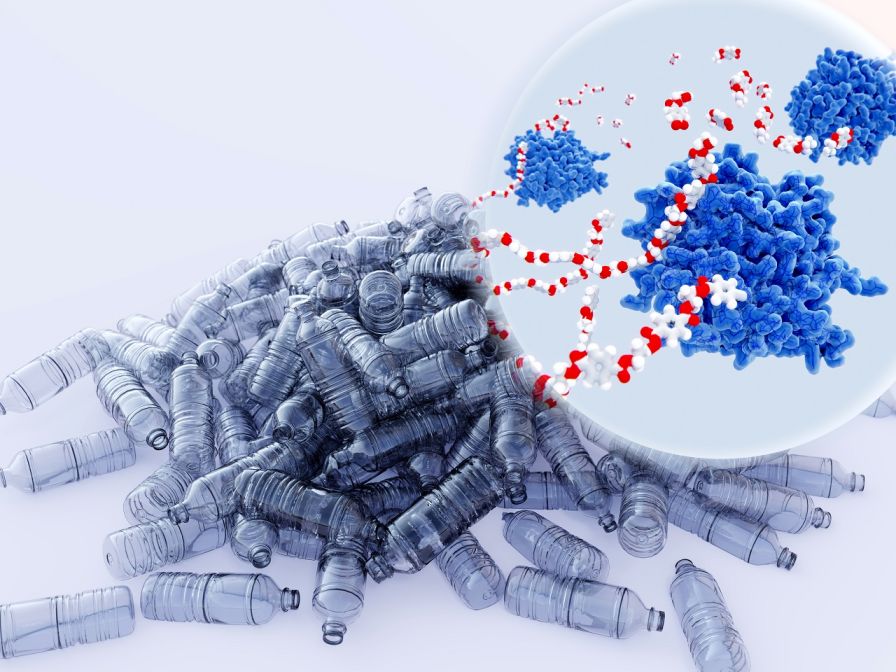 Scientists at the University of Portsmouth and researchers from the US Department of Energy have accidentally discovered an enzyme that can ‘digest’ plastic and potentially revolutionise recycling. The enzyme can rapidly break down PET, the plastic that is used to make drinks bottles.

The enzyme is called PETase, and it’s a mutation of a naturally occurring bacteria which was first discovered in a Japanese recycling centre in 2016.

Scientists in Portsmouth created a 3D model of the bacteria using a microscope that is powerful enough to see individual atoms. They noticed that the bacteria appeared to be unusual and during their tests, they created a mutation of PETase which they saw could break PET down a lot faster than the natural bacteria.

Reducing the amount of plastics in the environment should be everyone’s concern, but if scientists can harness technology and new discoveries such as PETase, they might be able to develop some real solutions that could be used on an industrial scale.

A new generation of clear recycled plastics are being developed and increasingly used in response to the growing awareness of the terrible effects that plastic is having on the environment.

Earlier this year, environmentally friendly children’s furniture manufacturer, Ecobirdy created a range of colourful furniture from recycled material, and last year Adidas collaborated with the environmental organisation Parley for the Oceans to recreate a classic shoe made from waste plastic.

Environmental campaigners say that while the development might allow plastics to be recycled more efficiently, efforts should still be geared towards reducing the use of plastic in the first place and developing new materials that might eventually replace it.