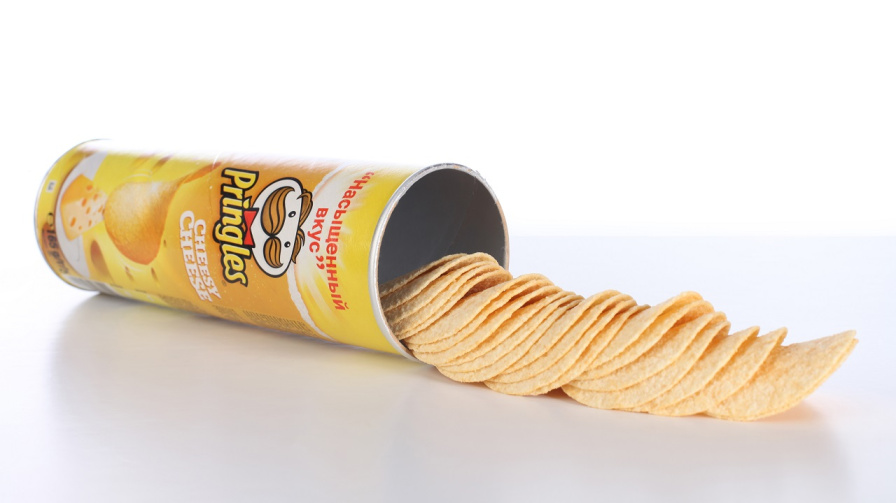 Pringles is following the footsteps of its rival Walkers’ by introducing a recycling scheme for its packaging. The brand’s owners, Kellogg’s has announced that consumers in the UK will be able to recycle Pringles cans from December, after they came to an agreement with recycling firm TerraCycle. Pringles cans aren’t currently recyclable, but the new scheme will allow customers to send empty packaging to TerraCycle for free.

Criticised for its packaging

The Recycling Association criticised Pringles last year for its packaging which it said was almost impossible to recycle given that it’s made from so many different materials. The outer layer is made from cardboard, the lining is metal as is the base, and there’s also foil and a plastic lid.

The most difficult packaging to recycle

Pringles cans weren’t the only packaging to come under fire from the Recycling Association. Lucozade Sport bottles, cleaning spray bottles, black plastic food trays and Whisky packaging were all named and shamed for being made from a mix of materials, some of which are recyclable and some of which aren’t. This makes it way harder for machines to separate the materials when they reach the recycling facility.

A spokesperson from the association said that packaging designers need to move away from mixing recyclable and non-recyclable materials or many things we’re dutifully putting in our recycling bins won’t be recyclable at all.

Here’s what he said is wrong with the packaging that has been named and shamed:

Lucozade Sport bottles: The plastic sleeve around the bottle render it unrecyclable

Cleaning spray bottles: Only the bottle itself is recyclable. Other materials like metal springs can’t be recycled.

Black plastic food trays: The black pigment makes it impossible for sorting machinery to spot them. If people leave film or card on the trays, they have to be thrown away.

Whisky packaging: The bottles are often made from glass and metal so they’re tough to recycle.

A Pringles spokesperson said that the company takes its environmental responsibilities seriously and added that the different materials are used mostly to keep the product fresh, which minimises food waste. A spokesperson for Lucozade said that all of the company’s bottles are recyclable and added that last year, it reduced the weight of the bottles by 3g, which saves around 540 tonnes of plastic per year.